What cognitive ecology can tell us about Shakespearean Theatre 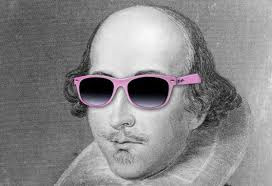 This in itself is not surprising as the European theatre tradition is largely build on the idea of constant re-interpretation and ongoing modernization of plays, and the definition of drama furthermore implicitly entails that the text never functions as more than a basis for all the add-ons that constitute a play – one might promptly think of: the actors, the playing setting, the audience space.

But there is more to these three factors than immediately meets the eye: the actors – this not only entails the bodily and gestural capacities of the performers, but also the norms underlying it; the playing setting – there is much more to it than the general physical environment and the mise-en-scène, e.g. the technologies available such as lighting and sound; the audience space – this is not only defined by the external definition of it, but also the social conventions associated: are the spectators allowed to move around during the play, eat and drink, shout at the actors? Are the actors in turn able to enter this space, to see particular persons in the audience and meant to interact with them?

Other factors that more subtly but likewise influence the production are the social systems underpinning the theatre company (such as the approach to “enskillment” and memorizing during rehearsals), economic considerations and wider social contexts (such as censorship or patronage), as well as historical variability concerning the emphasis placed upon various elements of the enterprise, including directorial control, improvisation, the role of music …
This list could easily be continued. But it suffices to see that theatrical practice is best explained by the interaction of all its parts – none of these elements can be said to be primary, but instead each affects and modulates the others.

A framework suggested by Evelyn Tribble that takes an applicable view on systems as dynamic and non-localizable, in which no one element can be identified as the unit of analysis, is cognitive ecology: “Cognitive ecologies are the multidimensional contexts in which we remember, feel, think, sense, communicate, imagine, and act, often collaboratively, on the fly, and in rich ongoing interaction with our environments.“
This approach is based on the idea of the extended mind and distributed cognition: In all these views, mental activities can spread across the boundaries of the individual skin and skull to include parts of the social and material world. In her article and book, Tribble argues that the complex human activity of performing a play can best be understood using this as an analytical tool, linking internal cognitive mechanisms and the social and physical environment together.

She illustrates this in focusing on two cognitive states that are vital to constitute performances, but “unevenly distributed across the physical, social, and cultural environments as well as bodies and brains”: Memory and attention.
She e.g. argues – quite rightly as I believe – that any theatrical performance has mechanisms of attention and perception, but that these are not simply biological phenomena, but fundamentally also properties of social and material systems, shaped by rich social knowledge of particular cultural fields.

This framework is then interesting for literary criticism and comparative analysis:
While in Shakespearean times audiences’ attention was primarily mediated through sound, including voice, sound effects, and music, nowadays this function is often taken on by the stage lighting – a technical device not available in Shakespearean theatres – and sounds are more often used to set the mood of a scene.

This also proves interesting for writers and dramaturges conducting a performance: It can provide them with new views on looking at plays written in different centuries in different cognitive ecologies – The Tucker’s Original Shakespeare Company was inspired to integrate Shakespearean rehearsal techniques in their routine which changed the whole delivery of the performances. It should be noted that this will never lead to restoring “original practices” (whatever those should be anyway) – as the viewer’s and actor’s histories of learnt conventions cannot be changed. It is on the contrary more a guide to increased creative possibilities of reinterpretation on all different levels and aspects.
So, one does not see the same play as the people in Shakespeare’s times. But who wants to anyway?
Posted by RLV Poehls at 18:41