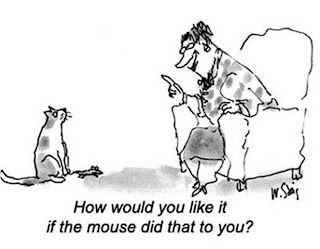 Whether empathy is inherited or not is quite an interesting question for me. I always wondered how I resemble my parents, and most often I find similar characteristics, or similarity in decision-making. Looking through a child's evolution over the years, we see that the child learns from the environment around him/her. However, are certain traits inherited?

In the following article, Perri Klass shares her observations whether empathy is inherited or not.


Several experiments with twin brother suggested that there is some genetic component to prosocial tendencies. It appears that identical twins behave more like each other than fraternal twins.

"There is some degree of heritability,” according to Carolyn Zahn-Waxler, a senior research scientist at the University of Wisconsin-Madison, who has done some of these twin studies. However, it appears that “There is no gene for empathy, there is no gene for altruism. What’s heritable may be some personality characteristics."

"Experimental studies have shown that the same brain region that is activated when people win money for themselves is active when they give to charity — that is, that there is a kind of neurologic “reward” built into the motivational system of the brain."

After reading this article, I discovered some recent studies about oxytocin, the "moral molecule" according to neuroeconomist, Paul Zak. To test his hypothesis, Zak recruited participants to a study that involved the transfer of money between strangers as a means to measure trust and trustworthiness. What they found was that "those on oxytocin not only showed more trust, we can more than double the number of people who sent all their money to a stranger -- all without altering mood or cognition."

In the end, Zak's research indicated that this hormone is, indeed, responsible for human morality, including trust and empathy. As skeptical as I am, I verified whether there are any recent publications about the relation between empathy and oxytocin.

Surprisingly, I found the following article, of which Zak is a co-author, regarding the influence of oxytocin in the trust of people. Moreover, this article suggests that empathy releases high levels of oxytocin.

However, the multitude of factors that can influence the rise in oxytocin makes me skeptical about their conclusion.