Linguistic Determinism as a testable hypothesis

Linguistic Determinism as a testable hypothesis

Broadly speaking LD is the claim, quoting (De Cruz, 2009)-“that language shapes the way we see the world, and that as a result, speakers of different languages conceptualize reality differently”. The strong version claims that language determines thought entirely. If this were the case, we would have to confront the possibility of incommensurable linguistic communities. The weaker form claims that language influences cognition to an important extent. Many cognitive scientists would reject LD outright citing evidence of high-level cognition e.g. categorisation, that is independent of language. In this view language is necessary for communication but once the information has been passed on cognition is predominantly non-linguistic. Psycholinguists like Steven Pinker (The Language Instinct, 1994), (How the Mind Works, 1997) would argue that language is crucial for thought but that it is, following Chomksy (1965), the general syntactic structure shared by all people throughout the world, a ‘Universal Grammar’, that pre-empts language acquisition, which fundamentally shapes thought. This is against the blank slate view of the person favoured by social constructivists (Social Constructivism). Despite the prevalence of this view in cognitive science LD has persisted in some form or other.

One means by which the argument may be put to rest is to subject it to empirical testing. LD makes the prediction that:

If language determines or at the very least influences cognition, we expect speakers of different languages to have divergent conceptualisations of the world-as the linguist Whorf (1956, 213) put it ‘We dissect nature along lines laid out by our native language’”.

The Development of the Nervous System The nervous system is regularly considered by the cognitive sciences to be an information processing hub that analyses incoming sensory information and creates an output in return (Keijzer, van Duijn, & Lyon, 2013). This carries a very distinct, sequential and directional view of interactions between an organism and its environment, and is regularly referred to as the Input-Output View (Keijzer et al., 2013). The neuron doctrine lies in the foundation of this view, as well as many similarities drawn between neural activation and logic gates found in computers (Gardner, 1985). Challenges have began to mount against these foundational stances as more and more evidence contradicts their assertions. Contradictory to the neuron doctrine, neurons have been shown to fire bidirectionally, interact with each other through purely electrical gap junctions, and to be affected by substances other than neurotransmitters such as neuropeptides and cytokines (Keijzer et al., 2013).
Read more »
Posted by Unknown at 12:48 2 comments:

An Interdisciplinary Approach to Social Interactions 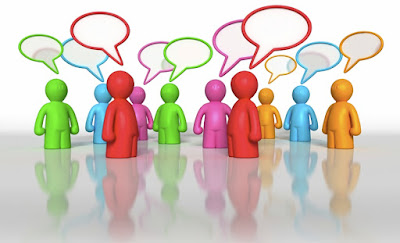 I think an important aspect of studying anything is the ability to bring together research from a variety of disciplines. It enables us to look at all of the perspectives in order to gain a better understanding of the topic. DeJaegher explores this idea really well in relation to social interactions in her paper ‘Theco-creation of meaningful action: bridging enaction and interactional sociology’. She combines the insights from interactional sociology and enaction to conceptualise their organisation in terms of autonomy. She provides an overview of the different factors that have an influence on social interaction which include a structural perspective on coordination, co-presence, engagement, turn taking, sequentiality, emergent processual perspective on coordination, the temporality of coordination, origins of coordination and the interplays between interactional and individual autonomy in the co-creation of meaningful action. The need for an updated way to study social interactions is evident in the paper and so she provides interactive guidelines for studying the co-creation of meaning.
Read more »
Posted by Rachel at 12:52 No comments:

Follow Up: Providing A Better Definition Of “Objectivity”. Hempel’s Ravens And The Paradox Of Confirmation. 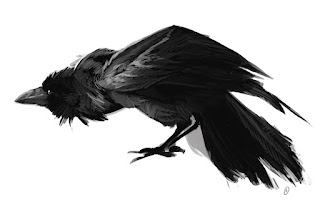 In the last blog post, the term “objectivity” was regularly used, however, the definition of this term was not as clearly defined as it could have been. In this post I will attempt to explain how one can still be justified in saying that something is “objective”, while at the same time acknowledging the problems with the term “objective”.

When the term “objective” is used, often times it is referring to something that is believed to be ontologically true. However, in science and other areas of life it is essential to analyse what we mean when we say that something is true scientifically. Evidence for whether a statement is considered to be objective or not, depends on evidence for that statement.

Yes, There Is Politicisation In Science- But We Still Need To Be Careful When We Discuss Objectivity 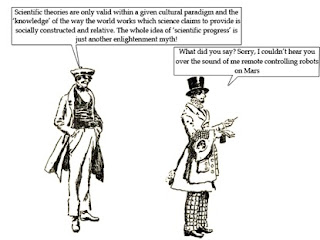 *I am aware that this joke to the left fails recognise the difference between science and technology.

Should the sociology of science be studied? Absolutely, if there are biases on the part of individual researchers these should be addressed, it is important to clarify this from the outset that under no circumstances am I saying that we shouldn’t be critical of how objective certain fields of science are or even the extent to which we believe something to be ontologically true as opposed to a truth that may just be culturally determined.  In fact, part of what has invigorated my recent interest in the origins of bias is in analysing the nature of biases so that they can be overcome. Although in this context the use of language is important if one is to refer to science as not being objective. Any discussion on the politicised aspects of science needs to take place within the context of a greater epistemological discussion about how evidence can be ranked accordingly and the extent to which it’s reliability can be determined, failure to do so could lead to increase politicisation or a devaluing of the scientific method amongst the general public or even in the academic community.

Psychology receives a barrage of complaints from the harder sciences because it doesn’t result in useful theories that can effectively explain and predict human behaviour. It also suffers from regularly conflicting results or issues of circular reasoning, which don’t act to solidify it’s standing in the scientific world.

An example of the circular reasoning that is rampant, especially in cognitivist approaches, comes from the literature on Intrinsic Motivation. According to Deci and Ryan (1985), the biggest proponents for the concept, intrinsic motivation reflects a desire to act without any external reasons to do so, because the activity is inherently interesting or enjoyable, or because personal significance is attached to the task.
Read more »
Posted by Unknown at 11:51 4 comments: