Animate movement is not accounted for in any materialist or mechanical metaphysics.  Most of the post-cognitivist strands we have been following tackle this head on, with different points of emphasis.  Here is an enlightening discussion hosted by the philosopher of movement, Maxine Sheets-Johnstone, and with contributions by Scott Kelso, Linnda Caporael and Jesús Ilundáin-Agurruza.  Kelso's contribution is especially relevant to our discussions, and it serves to situate his theory of Coordination Dynamics and its relation to movement.

A conversation between Ger and James, overheard on the number 7 bus. 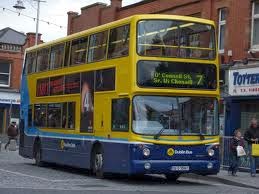 “Oh please no one really has a choice! No one is really given a choice; statistically where you are born is the biggest factor in what religion you will believe in. So how can there be a choice. From a very early age most people are taught to believe in something, even if that something is nothing! Human nature, more so children’s nature is to trust their parents. Its evolution. Children have to believe what their parents tell them, they have to trust their parents when they say don’t run out into the road because if they don’t they will die so how can a child determine what they must know and believe in order to survive , from just what their parents believe.” Pleaded a man with dark brown hair, wearing dark rimmed glasses and a pair of possibly too tight jeans.
He continued “Religion was just something we created to explain the unexplained. To explain why the giant light ball came back every day. It has no place in the modern word, science is the new religion and by that I don’t mean we pray and worship science but more that science is now the answer to our questions. The emptying of churches around this country is only proof that we our evolving.” 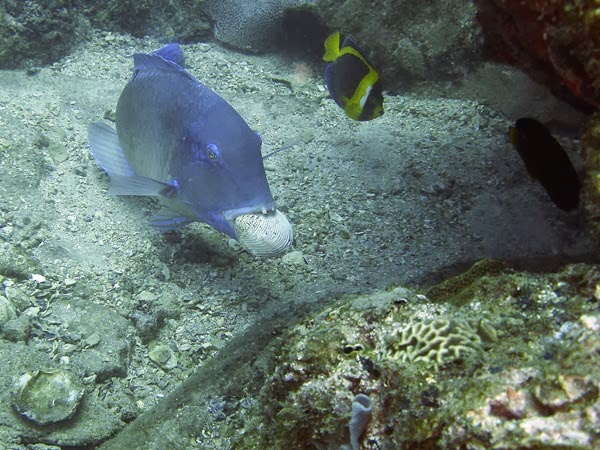 Following our romp through the Umwelten of a wide variety of species, here are two examples Jacob von Uexküll could not have known about.

First: A fish who uses a tool, specifically a rock for bashing open shellfish.

Secondly, nematodes (that's little worms to you and me) who use collective signalling and do so dishonestly.

So tool use and lying.  The more we understand about human cognition, the more we seem to spot similarities between us and other species that have nothing to do with the canonical tree of genetic descent. Within traditional models of cognition the body is viewed as an output system governed by the brain's cognitive system, essentially implying that cognition controls the body. The embodiment perspective argues that the brain is not the only resource for solving problems; the body can also guide cognition. It is through the active exploration of our environment, which is permitted by the capabilities of the body, that cognition can develop. From an evolutionary perspective this claim carries great appeal. Additionally, the embodied perspective is plausible: the brain cannot possibly govern every cell and so it is sensible to consider behaviour as being distributed throughout the body.

But how can a perspective that looks to eradicate the notion of representation cope with abstract thought? Abstract thinking is a form of higher order cognition that includes counterfactual thought, reasoning and future planning and is regarded as the most sophisticated form of cognition. As it often relies on moving away from real-world events it is difficult to reconcile with the tenets of embodiment.
Read more »
Posted by Sarah Curristan at 11:24 2 comments:

Since the advent of artificial neural networks during the 1960's, researchers have been continuously trying to produce networks and models which can realistically recreate specific functions and processes of the human brain. As work in this area has progressed from simple to more complicated networks and algorithms, the idea of networks which use 'deep learning' has become fundamental in trying to achieve this goal. Deep learning is a concept used in the general area of machine learning in which observed data is assumed to be generated by the interaction of many different factors on many different levels, and in terms of artificial neural networks this normally translates to having a multi-layered non-linear network in which each level can be trained individually using differing algorithms and an algorithm such as back-propagation is then used to fine tune the network as a whole.

This method has become popular due to its potential for allowing artificial neural networks to learn high-level concepts and abstractions, a capability of the human brain which is jealously sought by AI researchers. An extremely interesting and novel example of the progress made in this area, and a great example of why there is much merit in pursuing the goal of creating networks to imitate cognitive functions is Google Brain's (a deep learning research project at Google) well known 2012 network which was tasked with the very human activity of browsing youtube for countless hours while better and more productive things probably needed to be done. This network was made up of 16,000 computer processors and involved more than one billion individual connections. This is by far one of the most ambitious networks produced so far in the world of artificial neural networks, but the most important thing is not its scale but its achievements and results.

What next for Nature v Nurture?

From time to time I find myself binging on literature on a particular topic. This time around it has been a lot of pop literature taking on the nature v nurture debate. Joshua Foer's 'Moonwalking with Einstein', David Epstein's 'The Sports Gene', Daniel Coyle's 'The Talent Code' and Geoff Colvin's 'Talent is Overrated' have all been on the hit-list in recent weeks. All these titles have an undercurrent of Gladwells 10,000 rule close to their heart (or more to the point Gladwell's rather rough interpretation of Anders Ericsson's deliberate practice theories).

I came across this  Theo Jansen TED Talks video while I was trying to source some materials for another module and it got me thinking back to some of the questions which were asked the week in which we were discussing embodiment. The title of this video in itself raises much debate. What exactly 'qualifies' as living? Are we prepared to classify these plastic tube structures as living? It is wrong to say we cannot call them 'living' due to their lack of a brain, heart and other human like structures, as of course humans and animals are not the sole living beings. Bacteria, fungi and plants of course are members of this 'living group'. It leaves question in my mind once again of the cognition versus computation debate and whether robots and kinetic structures such as this could ever be considered to be 'living' or indeed to possess a mind or conciousness.
Posted by Unknown at 17:51 1 comment: