Jeff Stibel's 'Intelligent Internet', Enactivism, and the End of Days 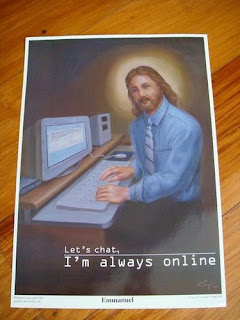 The internet is ‘a new entity’, on its way to becoming ‘a new life form’; it is ‘a global brain’ that is ‘starting to develop intelligence’. So gushes Jeff Stibel, a brain scientist turned businessman/technoevangelist who expounds his futurist faith with buttock-clenching enthusiasm in this video. Computers are wired together by the internet like neurons in a brain. We have brains and are smart. Thus, the internet must be getting smart too.

Given its naturalistic position that cognition is the sense-making of living, embodied organisms in the world and that 'autonomy' and 'experience' should be central to any account of cognition, what would an enactivist take on such claims regarding the internet be? I can only speculate as follows:

Stibel says the internet is ‘developing intelligence’. This is a vague statement (who knows what ‘intelligence’ is supposed to mean?), but I take it that ‘intelligence’ here entails something like ‘autonomy’ or ‘agency’, and perhaps equates to something like ‘sentience’. This clearly seems false. The internet is not autonomous. It does not have to cope with the issue of its own survival. Among other things, it is something that binds larger and larger numbers of people into social interactions which do not rely on geographic proximity, and it is a means of disseminating information with unprecedented speed in a democratic, as-yet uncontrollable manner. The repercussions of this are enormous, and there is no doubt in my mind that the internet has profoundly changed society and will continue to do so. Nevertheless, though we can debate about the agency or autonomy of new social groups built through use of the internet, and though we can talk about users engaging in extended or distributed cognition, can we really say the tool by which this linkage is achieved is itself becoming autonomous or agentive? To the best of my knowledge, the internet does not have goals; individuals or groups of individuals use the internet to pursue their own goals. Why, then, would we grant the internet something like ‘intelligence’ when it is something through which we explore, rather than something that engages in interested exploration itself?

The answer would seem to be something like functionalist or neurological fetishism. In enactive approaches (if I have understood the message correctly) the nervous system is seen as a component in a complex interaction between an organism and its environment which ‘brings forth’ a world; that is, such an interaction yields experience, or at least discrimination/ the attribution of value. Contrary to this, Stibel’s position seems to be that because the internet is starting to look like a brain, and sentient things like us have brains, then it must be on its way to being sentient. The brain, therefore, is enough by itself. This, essentially, is the functionalist idea of ‘multiple realisability’. The internet is adopting a certain functional organisation which in some way mirrors that of a nervous system, and thus intelligence, sentience, or whatever you want to call it must follow from this.

We can combine this critique with a different one, this time focused on certain cultural preoccupations which may lie behind such characterisations of the internet. Perhaps, as the philosopher John Gray never tires of telling us, belief in unrelenting progress is a western faith and a hangover from monotheistic religion, not a fact about history. In the West, it has long been held that history progresses teleologically onwards and upwards towards a predestined outcome. Once, this was the End of Days when the Just would rise from their graves to be with God. Later, Hegel suggested history was the process through which God came to understand his own nature through decanting himself into human society and thus participating in its evolution towards 'absolute spirit' (no, I never really got it). Then, for some, this became the Worker’s Paradise, guaranteed by the inevitability of history as expounded by dialectical materialism. Later, for others, the liberating force of the global free market became the promised end of history. Perhaps today, for those like Stibel or Ray Kurtzweil, the western preoccupation with the eschaton has adopted a more technological guise. Theirs is a sublimation of latent Christian hopes. It is also an inversion of them in one sense:

According to Christians, human beings were made by God. According to Stibel, it is we, en masse, who are engineering the birth of some kind of digital higher being.
Posted by Hugh Turpin at 15:16