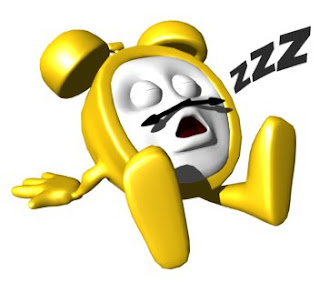 Last night as I was going to sleep my mind was occupied by the thoughts of the large amount of work I would need to get through in the coming days, which meant I was going to have to get up early again this morning. I don't normally set alarms unless I absolutely have to as I usually find myself waking up one, two or five minutes before the thing goes off anyway, as if by magic. Then it hit me and I had the inspiration for my next blog post, what if I don't in fact have magical powers? Is there a scientific reason for this phenomenon?

A quick Google search showed me that I'm not alone. This is a very common occurrence and source of bewilderment for the population of the internet and they wanted answers too. I soon found this study by Jan Born and others from 1999 which made some intriguing findings on sleep that cast an interesting light on consciousness.

In their study Born et al. showed that the expectation that sleep would be interrupted at a specific time led to a rise in the concentration of the hormone adrenocorticotropin in the blood of the fifteen subjects approximately one hour before the expected wakeup call from the experimenters. These results were noted with polysomnographical recordings (EEG EOG and EMG) and blood samples which were taken every fifteen minutes.

They say this goes against the commonly held belief that sleep is controlled by circadian rhythm and that these results are an indication that anticipation is evident during sleep. I think most people would agree that anticipation is only supposed to regulate conscious action but if that is the case then how do our bodies 'just know' to wake up? Is sub consciousness at play here, or even unconscious consciousness? The evidence is pretty compelling and it has forced me to re-evaluate my take on what consciousness actually is.
Posted by Ruairí Henchy at 16:40