A Rat brain to brain interface: towards an organic computer? 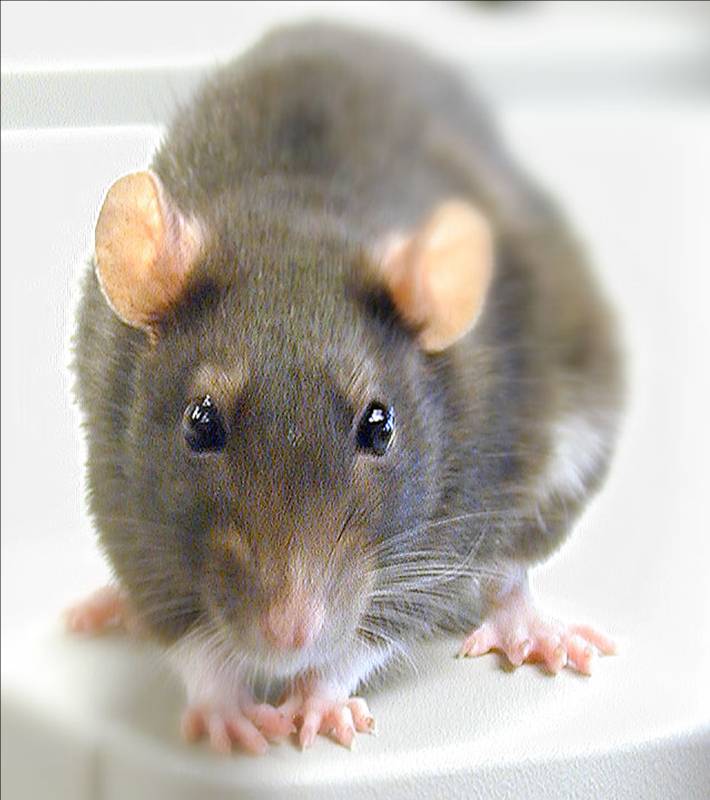 Some of you may have come across some very recent research that was well documented under various science news segments and was published in Scientific Reports on the 28th February. This 2013 study entitled 'A Brain-to-Brain Interface for Real-Time Sharing of Sensorimotor Information', was led by Miguel Nicolelis who is a well known Brazilian scientist famous for his work on 'reading monkey thought' and a pioneer of devices that allow paralyzed individuals to control robotic limbs and computers with their thoughts. In this study the authors hypothesized that by using a Brain Machine Interface approach, that they may be able to create a new artificial communication channel between animals; in this case two rats.

"In the present study, we took the BMI (Brain Machine Interface) approach to a new direction altogether and tested whether it could be employed to establish a new artificial communication channel between animals; one capable of transmitting behaviorally relevant sensorimotor information in real-time between two brains that, for all purposes, would from now on act together towards the fulfillment of a particular behavioral task. Brain-machine interfaces (BMIs) have emerged as a new paradigm that allows brain-derived information to control artificial actuators and communicate the subject's motor intention to the outside world without the interference of the subject's body"

Ralph Hartley, with regards to his 1928 seminal work on information transfer between biological organisms, famously stated that "in any given communication the sender mentally selects a particular symbol and by some bodily motion, as his vocal mechanism, causes the receiver to be directed to that particular symbol".

In Brazil, one rat faced two levers which were either side of an opening in its enclosure. The rat was trained to press one particular lever if it detected that the opening in its enclosure was narrow and the other lever if the opening was bigger. The rat detected the opening size with its whiskers. During training the rat was rewarded for pressing the correct lever. Through training, the rat learned to press the correct lever 95% of the time. Nicolelis and colleagues implanted a set of electrodes in the brain of the rat in Brazil and another set of electrodes in the brain of a rat in North Carolina (Duke University). Through an internet connection, a signal for the rat in Brazil was sent to the brain of the rat at Duke University. Believe me - this isn't telepathy!  Let it be noted that the rat at DU had no training and also faced two levers in its enclosure. The rat had nothing to go on apart from the signal coming from the other rat's brain. Could the rat in North Carolina press the correct lever, based on the width of the opening in the enclosure of the rat in Brazil? Amazingly, the rat in NC did press the correct lever 7/10 times.

"To test this hypothesis, we conducted three experiments in which different patterns of cortical sensorimotor signals, coding a particular behavioral response, were recorded in one rat (heretofore named the “encoder” rat) and then transmitted directly to the brain of another animal (i.e. the “decoder” rat), via intra-cortical microstimulation (ICMS)".

This study is the first of its kind to show that tactile and motor information extracted in real time from simultaneously recorded populations of cortical neurons from a rat's brain, can be transmitted directly into another subject's cortex through the utilization of a real-time BTBI (Brain to Brain Interface). Obviously the researchers agree that future research must be carried out but boy do they believe this is progress! What do findings of this nature tell us? Nicolelis believes that this study opens the possibility of building an "organic computer" that links the brains of multiple animals into a single central nervous system, which he calls a "brain-net." It is creepy enough thinking about multiple animals, but what about humans?

In a statement, Nicolelis claims that "We cannot even predict what kinds of emergent properties would appear when animals begin interacting as part of a brain-net. In theory, you could imagine that a combination of brains could provide solutions that individual brains cannot achieve by themselves". It is clear that this study has caused quite a stir and of course there will always be the skeptics. However, I am truly fascinated by this and I can only imagine how these kind of findings will contribute to what we know about thinking, brain coupling, synchrony etc in the future. Here is a radio interview with Nicolelis (ends at approx 6 minutes) in which he says that he truly believes that in the future, non-invasive techniques may be developed where two humans would be able to have a full fledged conversation without opening their mouths or batting an eyelid!! Without going into the ethical implications with regards to the possibilities of future research, I stand with those who see this study as real progress that will open up many more doors of opportunity in the future! Here is a short video that shows the actual rats in the experiment and some commentary by Nicolelis: