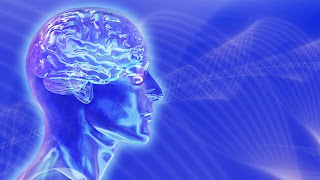 What’s the difference between perceptual awareness and tummy shirts? Well, maybe it’s that awareness has lately been making its fashion comeback in the scientific world.
For many decades, consciousness and perceptual awareness were regarded as the “ugh, yuck” -topics by many scientists – and if you liked to be seen as a serious researcher, you better kept your fingers away from these dirty, subjective phenomena. “Do not play with the consciousness people”, is what you’re mother would have told you.

Although maybe not as fast as fashion, this is changing: Starting in the 1980’s, interest was arising again (although definitions of what the phenomenon under scrutiny is, vary hugely).
Now, a main part of the research on consciousness examines the relationship between the experiences reported by subjects and the activity that simultaneously takes place in their brains—that is, the study of the neural correlates of consciousness.


The hope was to find a particular active part of the brain or a particular pattern of global brain activity, from which one could predict conscious awareness, and thus many brain imaging techniques, such as EEG and fMRI, have been used in these studies.


Many different brain areas have been proposed for the job, but although some connections could be seen, none and no cooperation can be hold fully responsible.

As often when no promising answers can be found, it was then proposed that “Where in the brain is consciousness?” was just the wrong question to ask. The researchers from the University of Osnabrück, whose interesting project I will talk about next certainly think so:


They believe that perceptual awareness, one of or maybe the feature of consciousness, is “not established by the activation of specific brain structures, but by a lawful connection of perception and action. The qualitative difference between two modalities is neither a result of the site of sensory processing in the cortex, nor the differences inherent in the neural code. Instead, it is a result of the difference in structural invariants of the change of sensory input resulting from action.”

A modality then would not be seen as bound to a certain sensory apparatus, but becomes a certain way of actively exploring the environment. This means, that qualitatively new ways of perceptual awareness could arise if we had access to a novel set of sensorimotor contingencies not supplied by any other sensory apparatus. We could literally gain a new – a sixth – sense!

To underpin this hypothesis, they invented this belt:

It enables the subject to feel his orientation in space through a set of vibrators controlled by an electronic compass: the element pointing north is always slightly vibrating. That way, the person wearing the belt gets permanent input about his heading relative to the earth's magnetic field. This is of course cribbed from the ability of many animals (like migrating birds) to perceive a magnetic field to locate themselves.
Participants of this study had to wear the belt over a period of six weeks whenever they were awake. Before and after this period they underwent a number of tests: Orientation tasks showed that subjects were able to integrate this new sense and were not only better at orientation tasks, but also relied on the belt information as one relies on other modalities such as visual input. When the belt gave false information about the north direction, people often made wrong choices when while orienting in a virtual environment. Even without being attentive to the clues given by the belt, subjects integrated the information, supporting a sub-cognitive processing hypothesis.
But most interestingly, there was a change on qualitative experience for some of the participants: They experienced a “spatial feeling” that was distinct from mere tactile information, even giving them the sensation of being able to access these when not actually wearing the belt (e.g. at night). One of the subjects stated that after the six weeks „my living space shrank quickly: the world appeared smaller and more chaotic because relative positions to places beyond the visual horizon were rather unorderly.“

What are we to make of this? Although it might seem as if it could be concluded from these findings that a new perceptual modality has arised, it is remarkable that the participants did not feel a local magnetic field or something similar. It seems to be more the case that a modification of the already existing spatial perception has occurred.
A possible explanation for that might be that a sense of a local magnetic field was not relevant for humans in evolution and is even less crucial in our current environment.
Thus, I would think that it is not possible to “invent” a sixth sense in the way the researchers tried to – without changing the affordances of our environment respectively. But it shows that humans seem to be in general capable of integrating new sensory information that leads them to experience the world in a different way.

You can read the full study with detailed descriptions and analyses of the tests here.