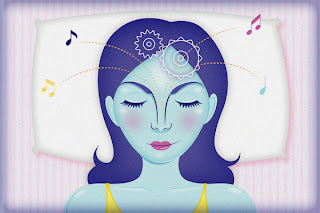 Sleep learning is based on the assumption that people can learn an information given to them during their sleep.

This process typically involves playing a sound recording to a person during his sleep, and attempts to  help this person in the learning process. The probable consequence of this is that the person would memorize a word by word passage, and memorize the information.
Is it true or false?
Considering we spend a third of our life sleeping, I was curious whether the sleeping activity can involve cognitive processes.
Who wouldn't want to learn French like Dexter's method in the typical cartoons of our childhood? Charles W. Simon and William H. Emmons have concluded that the sleep learning is almost impossible and that in their experiments, people didn't actually remember the material given to them during their sleep.
Some articles state otherwise. (e.g. ) The experiment presented in this this article reminded me of Pavlov experiment.
"Researchers at the Weizmann Institute of Science played a number of tones to study participants as they slept during the night. After playing each tone, the researchers presented an odor to the still-sleeping participants. Some of the tones only had pleasant odors released after them, while other tones only had unpleasant odors released after them. The still-sleeping study participants reacted by either taking in a deeper breath when there was a pleasant smell, or taking a shallow breath if there was an unpleasant smell.

Then, as the night went on, the researchers tried just playing the tones for the sleeping study participants, without presenting the odors afterward. Even though there was no odor, the sleeping participants still sniffed -- either shallow breaths if it was after a tone that had previously been linked with the unpleasant smell, or a deeper breath if it was a tone that had been previously linked with a pleasant smell."

Many studies indicate that sleeping does indeed boost your learning performance. Another interesting article emphasizes on how sleep deprivation alters the connections between some regions of the brain and the benefits and importance of sleep in memory formation and storage.