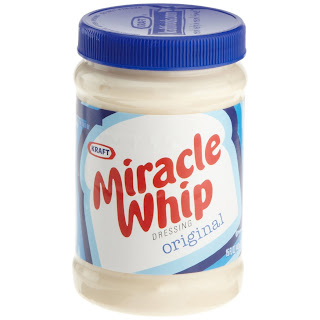 I was asked to participate in a panel discussion on televangelists, and in particular miracle healing, from a psychological perspective. While not one of my usual topics of discussion I did find it a rather interesting area to explore as it ties in with my interest in independent thought.

Immediately the question is raised of what a miracle is, and then whether certain individuals can invoke or perform them. Rather strikingly this question seems to have little to do with just religious belief in that there are plenty of individuals who believe in God (including a Unitarian Minister who was also part of the discussion) who simply don't believe in miracles in the sense that they are often proclaimed by certain televangelist ministries.

Holland (1965) has an interesting article in American Philosophical Quarterly on 'The Miraculous' where he clarifies two types of miracles; the violational and the contingent. A violational miracle is one that in itself violates the laws of nature, for example levitation or walking on water. A contingent miracles is one that is not in conflict with the laws of nature but just that it seems unlikely that it would have happened.


Holland takes many of his points from Hume's argument in chapter ten of Enquiry Concerning Human Understanding:

Nothing is esteemed a miracle, if it ever happen in the common course of nature. It is no miracle that a man, seemingly in good health, should die on a sudden: because such a kind of death, though more unusual than any other, has yet been frequently observed to happen. But it is a miracle, that a dead man should come to life; because that has never been observed in any age or country. There must, therefore, be a uniform experience against every miraculous event, otherwise the event would not merit that appellation. And as a uniform experience amounts to a proof, there is here a direct and full proof, from the nature of the fact, against the existence of any miracle; nor can such a proof be destroyed, or the miracle rendered credible, but by an opposite proof, which is superior.

The plain consequence is (and it is a general maxim worthy of our attention), "That no testimony is sufficient to establish a miracle, unless the testimony be of such a kind, that its falsehood would be more miraculous, than the fact, which it endeavours to establish; and even in that case there is a mutual destruction of arguments, and the superior only gives us an assurance suitable to that degree of force, which remains, after deducting the inferior." When anyone tells me, that he saw a dead man restored to life, I immediately consider with myself, whether it be more probable, that this person should either deceive or be deceived, or that the fact, which he relates, should really have happened. I weigh the one miracle against the other; and according to the superiority, which I discover, I pronounce my decision, and always reject the greater miracle. If the falsehood of his testimony would be more miraculous, than the event which he relates; then, and not till then, can he pretend to command my belief or opinion.

Hume's policy of rejecting the greater miracle certainly seems pragmatic. Of course occurrences that are violational to the laws of nature are in fact just violating our understanding of the laws of nature and good science is all about finding the exceptions to the hypothesis that we define and modifying the theory accordingly. The type of miracles claimed by televangelists would appear primarily to be in the contingency category.

Consequently what appear to be miracles or exceptional occurrences have a tendency of being normalised by scientific knowledge as such theorising catches up with day to day experience. Whilst some might argue that it's good to have room for miracles in life, I think I would argue that everyday life is miraculous enough no matter how far we advance our understanding.

Holland's full article can be viewed here.
Posted by John Francis Leader at 15:53