God is on the Radio 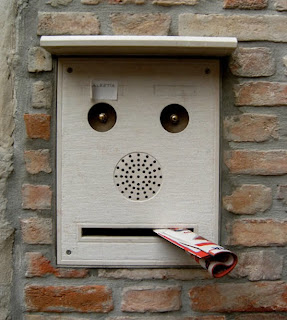 To the man with a hammer, everything looks like a nail. To the person looking for a pattern it won't be long before they find it. This is down to a psychological tendency to perceive significant pieces of information in otherwise meaningless. Fascinations with the numbers 3, 23 and 666 have caused people to unconsciously seek out and find these numbers occurring in dates, co-ordinates, numbers of freckles etc. Fortunately the pseudo-science of numerology is down to an error in perception and not based in fact or else we would all be dead many times over from multiple apocalypses . The name given to this error in perception is apophenia.

An exceptional case of apophenia was that of John Nash, the brilliant mathematician shown in the film 'A Beautiful Mind'.  Nash's talent for observing patterns soon became pathological when he developed schizophrenia and began hearing voices in random noise and hallucinating. White noise be made to give a message if looked for enough and people consistently mention in pop culture that 'hidden' messages are to be found in songs played backwards.

Our inclination to find patterns in everyday life is an invaluable resource. It is what allows us to generalise once we meet one door handle and infer that they all work the same way. However when presented with vast amounts of information on a daily basis , patterns can be inferred where they are not. For instance a bad experience with someone of a certain race/religion may cause us to observe or create a pattern assigning blame to all members of that race/religion, hence racism. To a lesser extent, people who purchase a new car often report seeing that car over and over again afterwards.

This article illustrates a nice cost benefit analysis of pattern generating and prediction for survival purposes. For a small animal wandering in the wild, seeing a rustling in the grass can be interpreted as (i) the wind or (ii) a predator. The cost of scuttling away from what is potentially the wind is exceeded by the cost of not running away if there is a dangerous predator waiting within.

Rigid thinking which comes from excessive pattern recognition can lead to science which desires an certain outcome and pays attention to all supporting evidence while ignoring that which doesn't fit well.
Psychics, mediums and religious zealots are guilty of this. By highlighting evidence which supports their views and ignoring anything that stands in the way they are performing what is at best, bad science.
To stay on religion and its role in pattern extraction, it is appropriate to mention a form of apophenia called paraeidolia. This is the anomaly people experience when they see faces in clouds, door handles and buildings. As I mentioned, to the man with hammer, everything looks like a nail. To the human with a neural programming that strongly prefers faces, everything (or at least many things) looks like a face.
Without discrediting religious sightings it is not a stretch to imagine the image of the virgin Mary appearing in stone from a certain angle then disappearing once that angle was lost .
At least people today are more aware of this tendency and perhaps we may elicit a second opinion before making life changing decisions based on the arrangement of breakfast cereal.
Posted by Unknown at 00:23