The Spiritual and Supernatural: Science or Speculation? 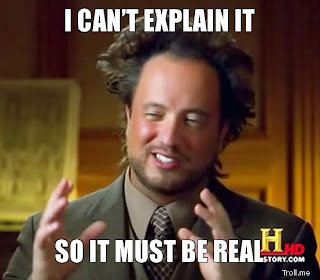 Mind, psyche, self. All of these terms identify the same general idea, a concept central to the field of cognitive science. Another name for this idea is soul. This term however is rarely used in scientific literature because of its associated religious connotations and the skepticism they invite. Nevertheless an abundance of theories and beliefs surround the idea of the soul, including the existence of spiritual energy or qi (气), near-death and out-of-body experiences, past lives, an afterlife, and supernatural beings, including ghosts, demons, and angels.

While dismissed as issues of theology or anthropology in the past, some scientists have begun to investigate these phenomena. Consider, for example, the Division of Perceptual Studies (DOPS), an institute within the Department of Psychiatry and Neurobehavorial Sciences at the University of Virginia School of Medicine.

The DOPS’s primary function is “the scientific empirical investigation of phenomena that suggest that currently accepted scientific assumptions and theories about the nature of mind or consciousness, and its relationship to matter, may be incomplete.” The scope of the DOPS includes the spiritual, but extends well beyond that to include the psychic and the so-called paranormal.

A well-known example of such a phenomenon is the story of Eben Alexander, a neurosurgeon and former faculty member at the Harvard Medical School, who recounts his own near death experience in the book, Proof of Heaven: A Neurosurgeon’s Journey into the Afterlife. Dr. Alexander’s experience is unique among near-death and out-of-body experiences because it not only occurred while his cortex was entirely shut down but also while he was under careful medical observation. In this case, Dr. Alexander suffered from a meningitis-induced coma for seven days. During this time, however, he not only maintained a coherent sense of self (something that should be impossible according to the current neuroscience), but also embarked on a transcendental journey through the universe and beyond. Ever since Dr. Alexander, who was not strongly religious or superstitious before his experience, has dedicated himself to investigating the true nature of consciousness.

As a third party, how does one react to such a story? Does Dr. Alexander provide a genuine proof of the afterlife? Or does he simply offer an interesting story? The answer almost certainly resides somewhere in the middle, but as such claims cannot be validated quantitatively it is up to the individual to decide how much is fact and how much as fiction. While there are those who believe, Dr. Alexander’s claims have not surprisingly provoked intense criticism from members of the academic and medical communities.

So, what is the truth? Are the spirit and soul as real as the mind and brain? Are they as scientifically relevant? What about heaven and hell? Ghosts? God? Right now no one can say—in fact we might never be able to say. Nevertheless, these questions have transitioned from the realms of religion and superstition to that of scientific enquiry. Whether or not this change is for the best, however, remains to be seen.

More information about the University of Virginia School of Medicine’s Division of Perceptual Studies can be found here.


The original article by Eben Alexander published by Newsweek Magazine can be found here.


A critical response written by Sam Harris can be found here.


A response by Dr. Alexander to some of his critics, also published by Newsweek, can be found here.


A more technical version of Dr. Alexander’s story published by the American Association of Neurological Surgeons can be found here.


For information on how to properly respond in the case of a paranormal encounter, please consult this link.
Posted by Travis at 14:30