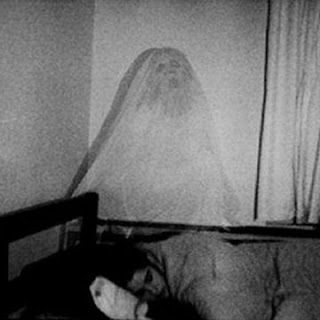 Within cognitive science and philosophy of mind, poor Descartes receives near-constant castigation over his doctrine of substance dualism. Centuries of cultural and intellectual indoctrination with the ‘suppurating wound’ of dualism are frequently held to blame for the fact that we find it difficult not to split the mental and the physical into two separate metaphysical categories. We are told that western thought was led astray by dualism, essentially a philosophical formalisation of the old religious dogma of an immaterial soul separable from a material body. But what if we humans are all actually dualists to begin with?

This would seem to be what is suggested by developmental psychologist Jesse Bering. Bering and Bjorklund’s experiment involved showing a puppet show to a group of young children (from both secular and religious backgrounds) in which an anthropomorphised mouse was eaten by an alligator. The children were then asked questions about the mouse’s biological and psychological functioning. The children understood that the mouse could no longer eat, drink, sleep or perform any other obviously biological functions. However, when asked whether the mouse was hungry, scared or thinking, most said yes. Beyond this, in the realm of the psychological, children (and adult controls) were more likely to attribute continued epistemic or emotional states to the dead mouse than more obviously psychobiological ones (such as perceptual states). The younger the children, the more likely they were to attribute mental states to the mouse.

Bering interpreted this as supporting the idea that belief in the continued existence of the mind after the death of the body (thus dualism) was not the result of cultural indoctrination so much as a natural assumption that comes to be undermined as one’s biological knowledge increases, or merely bolstered in some cases through exposure to cultural indoctrination. That old favourite, Theory of Mind, just can’t be switched off, even when the object of our socio-cogitation is a corpse. Before launching into a trite dismissal, it must be said that Bering’s arguments on ‘the folk psychology of souls’ have been elaborated to a far more complex degree than the above suggests or than I can go into here; for a thorough account of his position, see this article. Obviously, what the theory needs more than anything is extensive cross-cultural testing. Even the most secular western child grows up in an environment replete with Christian-dualist trappings. Counter-evidence to the idea of implicit dualism has indeed been provided by the anthropologist Rita Astuti, who found that young children in Madagascar were more likely to view death as total extinction than their elders were, suggesting a much more central role for cultural indoctrination.

One thing worth mentioning, however, is that Bering interprets his results as one of the possible supports for the culturally near-universal phenomenon of afterlife beliefs. Traditionally, afterlife beliefs have tended to be explained as a means of assuaging human death-angst, but this has never really been that convincing an explanation given how truly abysmal, unconsolling and terrifying many visions of the afterlife actually are (see this blog entry for some nice examples, in particular the hereafter of Vanuatu, a place called Wies, home of ‘a being called Anrum Mbwilei, who was himself never a living person. He stands in the centre of the village dancing ground in Wies and beats the gongs. He beats them so hard that he excretes continually. His excrement is the food of the dead…’ [Deacon, 1934])

So perhaps we should extend a little mercy to the Father of Modern Philosophy and not blame him entirely for the fact that dualism has been so difficult to shake off. It might just be built into the way human beings think. I, for one, intend to be more merciful from here on in. I don’t want to die and wake up in some version of Wies where I will be forced to eat King Descartes’ excrement as punishment for disrespecting my Philosophical Elders.