The Big Cheese in Robotics 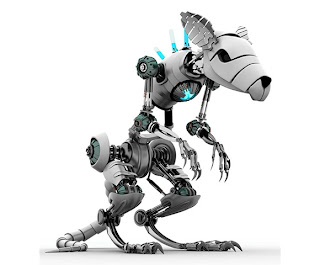 Ever since the conception of robotics, scientists have tried to reconcile natural and artificial life. While the idea of an artificial representation of natural life (ex. animats, robotic pets) has become relatively commonplace, there is a more intriguing avenue of exploration: the artificial manifestation of natural intelligence.

A hybrot is a hybrid robot, a “hybrid of living and robotic components.”  A hybrot has a robotic body but is controlled by a cultured network of living brain cells, with most using cells from rat brains. First created in 2002 by Dr. Steve Potter (see here), a professor of biomedical engineering at Georgia Tech and Emory, the functionality of hybrots is obviously quite limited. Nevertheless,  all actions taken by a hybrot are in direct response to neuron-to-neuron interactions. Hybrots are even capable of interpreting input from the external environment and adjusting their behavior accordingly, as seen in this video (note actual hybrots look NOTHING like the above picture).


Hybrots present many interesting implications for the future. Perhaps most obviously, hybrots may help researchers create an accurate artificial representation of the human brain. They may also provide a foundation upon which to build biological or biologically-inspired computers. The technology could even see application with prosthetic limbs and, perhaps most ambitiously, completely artificial bodies.

Technologies like the hybrot are especially interesting for cognitive scientists because they can be analyzed on several different levels. For example, in addition to the aforementioned neural, medical, and computer science applications, the hybrot can also be considered in a philosophical light. A hybrot is part robot and part living cells—is it alive? Is it “partially alive”? Is it an organism? Is it a cyborg?

It seems hybrots give rise to more questions than answers. Nevertheless, they will almost certainly make significant contributions to the future of cognitive science.

A [much more advanced] possible future presentation of a rat-governed hybrot can be found here and here.