Magnets and the Moral Compass 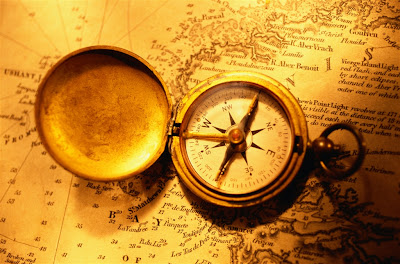 Can magnets affect morality? It sounds like bad science-fiction however a team in MIT have found a real basis for this claim. The right temporo-parietal junction (RTPJ) had been previously attributed to moral judgements. The region showed increased metabolic activity in response to reading about a person’s beliefs about a non-moral issue e.g. intending to do harm.
In criminal law “the act does not make the person guilty unless the mind is also guilty” see Mens rea (meaning guilty mind). The impact of this on the study means that beliefs and outcomes are separate entities at least in the eyes of the law. The research team used transcranial magnetic stimulation, focusing on the RTPJ to observe any changes in a subject’s interpretation of a questionable scenario.

The story presented to subjects was as follows:
Grace and her friend are taking a tour of a chemical plant. When Grace goes over to the coffee machine to pour some coffee, Grace’s friend asks for some sugar in hers. The white powder by the coffee is just regular sugar. However the container for the sugar is marked “Toxic”.  Grace thinks that the substance is toxic and puts it in her friend’s coffee. Her friend drinks it and is fine.

What this should indicate is that Grace intended to harm her friend. This is clear to us but those undergoing magnetic stimulation were more likely to believe Grace innocent. Transcranial magnetic stimulation caused participants to infer that attempted harm was less morally forbidden. To re-phrase, they were focused more on the outcome than the control group. Grace did not kill her friend therefore she is innocent.

What this links in is the “theory of mind” and our own inferential knowledge of what a person means aside from their behaviour . This ability to “walk in someone else’s shoes” is a fundamental social ability. It is also heavily relied on by jurors in determining guilt. This may conjure images of influencing outcomes of trials with this technology but the experimenters have noted that there is nothing subtle about giant noisy electro-magnets.
On average subjects moral sensibilities were affected by 15%. However this does open up a new area of intrigue for the complexities and seemingly modular make-up of important decision making.
Previous fMRI studies have attributed high level moral reasoning to regions such as the medial pre-frontal cortex and the precuneus , damage to these areas clearly affecting compassion and empathy. If the theory of mind makes us "better" judges of people , what does that say for those with autism ?
We cannot look at right and wrong as black and white. It surely is a Grey Matter.
Posted by Unknown at 21:03