Where to Place the Efforts? 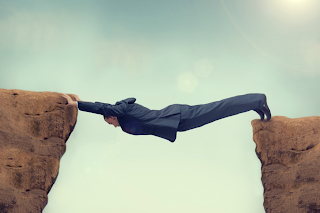 In his blog post entitled "Embodied cognition is not what you think it is", Andrew Wilson advocates a more authentic understanding of embodied cognition. This effort seems worthwhile, as, with any framework, embodied cognition is not merely a collection of punchlines. Rather, it acts as a lens, providing a new way of seeing and understanding something that was there all along. But these new discoveries can only be explored if one enters completely into the framework. Using the language but maintaining an old vantage point is, as Wilson argues, missing the point and completely useless as regards scientific progress.


This radical claim seems correct. If one is to make any progress, one must submit entirely to the framework. Spanish words flourish when they are around other Spanish words, as opposed to when they are taken out of context because someone thinks they sound nice. However, at this point, at a point when most of cognitive science is taking the plunge into this embodied cognition paradigm, a question arises: is it scientifically prudent to advocate the study of a single paradigm? A lot of the world speaks English these days, and while this may be communicatively convenient for many people, the result is that other languages are dying out and with them, their capacities for spokenness that English does not, and never will, possess. English is a full system, and it adapts and changes and grows along with its speakers, but there are sounds, attitudes, expressions, sentiments, etc. that other languages communicate that the native English speaker cannot understand because such communications are not available in English. While complete to itself, English is not complete to the world.

This metaphor should need no explanation. The tradition of scientific theory and description is one of fallibility and replaceability. The scientist should be very well aware that a new theory will be able to describe new aspects of life, aspects that were left unchecked by the past theory, but that in exchange they will have to give up on values the prior theory held dear.

This is an image of science with theories replacing one another. It would be like languages replacing one another (which is perhaps even worse than one language taking over). At present, it appears that science very much operates in this way. Its intentions are well-founded, as it seeks to correct itself. But it no longer corrects itself with each new theory, but rather, reinvents itself. It seems, then, that no matter how much time we spend studying embodied cognition, we will still be excluding pieces of the puzzle that other theories had tapped into (though perhaps with improper priority).

In her essay "Preserving integrity against colonization", Maxine Sheets-Johnstone encourages intellectuals to re-prioritize their efforts towards constructing a comprehensive understanding of life, and in order to do so she encourages a return to the lived-body in order to forge interdisciplinary discourse. Such an approach is idealist and radical, and that is exactly why I love it. Intellectual pursuit should be idealist and radical, otherwise it looks back upon itself and finds it is chasing its own tail. What she encourages is very much like creating a language to encompass all language, in which everything that could be said, every sound, cultural nuance, desire, etc. would have some form of expression. It seems that this should be the effort of science.

Therefore, practically speaking, it seems that cognitive science, rather than making a drastic move in the direction of embodied cognition whereupon it shuns all disciplines that disagree with it, should instead seek interdisciplinary discourse. Embodied cognition has a large emphasis on the lived-body, an excellent movement in science, and it seems this momentum may be the perfect time to act upon the efforts of which Sheets-Johnstone speaks.
Posted by Mary Joan Stevenson at 14:26