Can Embedded Cognition Be Understood Without Affect? 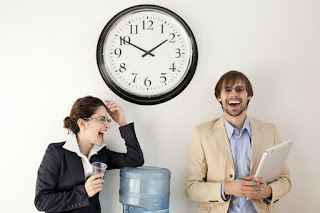 As discussions in cognitive science tend more towards models of embodied cognition and enactivism, it becomes increasingly worrisome that these pictures of cognition, in all their new frontiers, continue to exclude affect.


The field of philosophy of emotion is rife with disagreement, perhaps, if possible, even more so than other fields in philosophy. The reason, of course, is that emotions are one of the more difficult things for us to understand as they are defined by their very lack of adhering to laws. We contrast them, the alogical, with the logical. It is not that they contradict reason, but rather that they appear to lack it altogether. But even this is not totally agreed upon.

In his 1995 book "Cognition in the Wild", Edwin Hutchins proposes a theory of cognitive science known as distributed cognition. Distributed cognition, roughly summarised, is the idea that cognition is not the traditional psychological model of inside-out representational and computational processing. Rather, cognition is an embedded social interaction, that adapts and changes depending upon the situation. Indeed, according to Hutchins, cognition is socially spread in such a way that a certain layer or skill-set of a task may not emerge unless a specific external situation, be it social or material or both, is at hand. Such a model is revolutionary for cognitive science, as it re-conceives the notion of cognition as inherently embodied, with humans acting as mediators in a cognitive task rather than hoarders of inaccessible cognitive processes.


This new wave of cognitive science fuses cognitive processes with physical processes. Indeed, enactivism steadfastly asserts the two are inextricably linked. But now that this bridge is crossed, and cognitive science is pushing forward, it seems they will not be able to deny affect for much longer.

It is no wonder that emotions have not been included in studies of cognition, especially given the recent emergence from computationalism. Emotions, as previously denoted, are extremely difficult to understand, and there has never been any agreement on whether or not they are linked to cognition. However, as models of cognition become increasingly embedded, so, too, do models of emotions. Academics such as Dan Zahavi, Shaun Gallagher, and Anya Daly all advocate enactivist models of empathy and intersubjectivity. Anya Daly, in her essay "Primary Intersubjectivity: Empathy, Affective Reversibility, 'Self-Affection' and the Primordial 'We'" writes that "primordial empathic responsiveness drives psycho-social development and serves as a touchstone for the more cognitive intersubjective modes and meta discursive practices, ensuring thus that subjects remain positively connected with others and the shared world" (Daly 239). This quote reveals that not only does cognitive science need the insight of philosophy, but philosophy would, at this crucial hour, benefit from the insight of cognitive science. The task to engage productive interdisciplinary discourse is not impossible when the two have reached such proximal territory, and I believe it is a task of great import to both disciplines if they are to advance in understanding.
Posted by Mary Joan Stevenson at 12:47