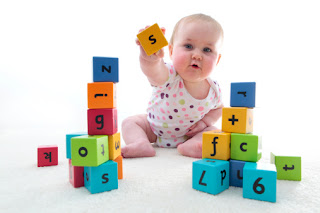 Smith and Gasser attempt to identify some of the crucial lessons we can learn from the development of babies, in order to understand how we could develop artificially intelligent machines.

Human intelligence, according to Smith and Gasser, is flexible and inventive and develops as a result of a huge amount of contact with a physical, social and linguistic world. If we are ever to develop artificial intelligence that resembles the creativity and adaptive qualities of human intelligence, we can learn from the development of human babies. In contrast with the traditional view of intellectual development, which purports that symbolic reasoning occurs as a result of internal representation, Smith and Gasser strongly favour the embodied perspective, which embeds learning and skill acquisition firmly within the world, not within the individual.

The first lesson we can learn from babies is that learning naturally occurs just by being situated in a particular environment. Formal teaching is not always required for learning: babies develop understanding just by perceiving the world around them and acting in it. Secondly, babies develop incrementally, by starting with very little intelligence and gradually increasing their understanding and awareness of the world and themselves. Thirdly, the high degree of organisation in the physical world helps babies to organise their own perception, actions and thoughts. This lesson strongly asserts the embodied perspective, suggesting that human intelligence is reliant upon the structure and organisation of the world in which the child is embedded.


The fourth lesson creators of artificial intelligence can learn from babies is that exploration (non-goal orientated activities) enable the discovery of new problems and new solutions. While children's play seems random, the unstructured nature of this behaviour allows for mistakes to be made and learned from, and for previously undiscovered responses to be realised. A further lesson is that babies exist in a social world where more mature partners (usually adults, but often older children too) guide their learning, through modelling certain behaviours which the child observes. Finally babies learn verbal language which increases their ability to communicate with the world, and enables them to form higher-level and more abstract distinctions.

In order to create truly intelligent artificial intelligence, Smith and Gasser suggest implementing the lessons we can learn from the highly embodied development of babies.
Posted by Unknown at 09:25