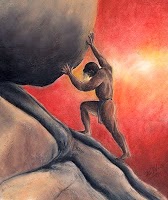 The extent of the similarity of human nature has continuously been a topic of debate; we all have different likes, dislikes, motives and goals that propel us in our daily lives. The subjective character of experience means that it is impossible to know how our own worlds (or umwelt) differ. However, a universal theme of human existence and cognition has always been man’s search for meaning. We all want a meaning from life, be that meaning derived from god, family or wealth. This is the basic principal of Logotherapy; that individuals have an innate desire for meaning in their life and that there is always a meaning to life (Redsand, 2006).

Logotherapy is a psychotherapeutic method that Victor Frankl expanded and developed during his imprisonment at several concentration camps during World War II. The idea behind Logotherapy is that an individual’s search for a meaning in life is their primary motivational force. This differs from the psychoanalytical perspective that individuals are driven by their unconscious desires. For Frankl, the need for meaning outweighs the unconscious. Frankl states that the will for a meaning has a survival value and those who are oriented towards the future are most likely to survive. In Frankl’s book, “Mans Search for Meaning” which describes his experiences as an inmate, he quotes Nietzsche’s words “He who has a why to live for can bear with almost any how”, he also states that “the prisoner who had lost faith in the future - his future - was doomed”. In comparison to psychoanalysis, Logotherapy is less retrospective and introspective but instead looks to the future. Frankl states that contrary to psychoanalysis it is not a tensionless state that the individual desires but rather “the striving and struggling for a worthwhile goal, a freely chosen task”.

Frankl compares Logotherapy to the teachings of Freud and Adler; this is possibly the company which Logotherapy deserves. There have been many studies on the effectiveness and usefulness of Logotherapy and it has been used to treat numerous ailments but in the last twenty years, only 1% of the studies conducted have been formal experiments (Hutzell, 2000). It perhaps lacks the rigor and scientific method imperative in psychological theories emerging today.  However, while Logotherapy may not be as empirical as theories developed today, it bridged psychoanalytic traditions with existential traditions which in turn began humanistic psychology and related therapies now in use. Logotherapy offers a set of values which would allow one to strive under conditions of severe duress.


Logotherapy may be relevant to the prisoner but is it relevant to those that are free and can choose their present and not just dream of the future? Just like in books, in life we look for a start, middle and an end and normally a rather big climax. And while in life there is a start, middle and an end – there is normally no climax, no defining moment to work up to, no goal outside ourselves. Camus (1955) puts forward in “The Myth of Sisyphus”, his philosophy on the meaning of life - that there is none or that the meaning of life is the absurd, the absurdity of life.  Camus agrees with Frankl about “the human need” for meaning but it is “the unreasonable silence of the world” that leads him to a conviction in the absurd. Camus’s philosophy is similar again to Frankl’s, in that he believes that humans are the provider of meaning, but this differs from Frankl’s viewpoint, as Camus believes humans provide their own meaning to life because life lacks providential meaning. Whereas Logotherapy states that the world has meaning (to us) due to the meaning we attribute to it. Camus on the other hand is simply observing that any meaning given to life, is down to an attempt to find meaning where there is none. Frankl does not state that life has a universal meaning, his book is entitled “Man’s Search For Meaning”, he simply postulates that we all look for a meaning in life but that meaning can differ from person to person. Camus does not suggest however, that we look for meaning, but perhaps he is referring more to a universal providential meaning, opposed to meaning that can change from person to person. There is an important distinction between the subjective belief that your life has a meaning and the metaphysical problem of whether or not life itself has a meaning. Camus accepts that we innately look for meaning, but he believes that it is the absurdity of life that should be recognised and not a shallow attempt to derive meaning from what is not there. However, according to Camus, the absurdity of life should not be accepted; it necessitates relentless confrontation and revolt and most importantly to live, not in ignorance but in despite of the acknowledgment of the absurd.

I agree with Frankl, to the extent that we all look for meaning from life but for myself (assenting more with Camus), the meaning of life is futility, (both subjectively and objectively) but that’s not to say that life is futile. Philosophers such as Camus and Nagel bemoan the futility or absurdity of life and state that life’s absurdity brings with it a degree of angst. It could be argued that the difference between futility and absurdity lies only in pedantic semantics, but this is not the case. Camus laments life’s absurdity as tragic, he seems to state that the crushing realisation of the absurd should lead to the complete absence of hope and if it does not, you are either dead or in denial. But just because the meaning of life is futility or is in futility, it does not mean that life is meaningless. Life is only futile when we ignore the so called futile. The meaning of life is enjoying the futility, in appreciating the futile tasks, the mundane things we do daily or weekly. Be it the smell of the air at night, appreciating the painting in your living room, getting into a freshly made bed, elaborate sandwiches, enjoying a sunset, quenching a thirst, the smell of your favourite perfume, pyjamas warm from the dryer, inhaling cold fresh air, an excellent song on the radio or the combination of a hot beverage and a cigarette (I mean these examples from a subjective point of view and of course the enjoyment of the mundane will differ from person to person). To quote Bertrand Russell "time you enjoy wasting is never a waste of time". That is not to say that the meaning of life is derived from purely hedonistic pastimes, the mundane can include a charitable act, talking to a stranger at the bus stop or spending time with those you care about. And of course, the people in your life can be the greatest source of meaning. 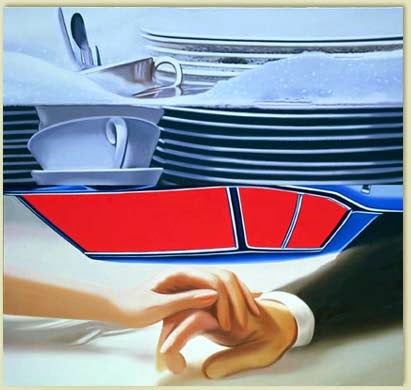 I do not disagree with Frankl that we can all find meaning in life in numerous ways, but that meaning in life manifests itself as a goal - that looking to the future is where to look for meaning, I find that a very depressing thought, as you will never get there. By all means, have goals and aspirations, strive for whatever makes you happy but in the meantime, enjoy every day, in all its futility. Frankl possibly focuses on the future providing meaning, because he expanded and developed Logotherapy while imprisoned in a concentration camp. It is understandable that under such conditions, finding meaning in the future would be appealing, as the mundane and ordinary in a concentration camp would be considerably different to the mundane and ordinary for most people living in the western world. If the present is horrific, hope for a better future, but otherwise live in the present. Does Logotherapy translate to life in the western world now? (It very possibly does for many people in developing countries). 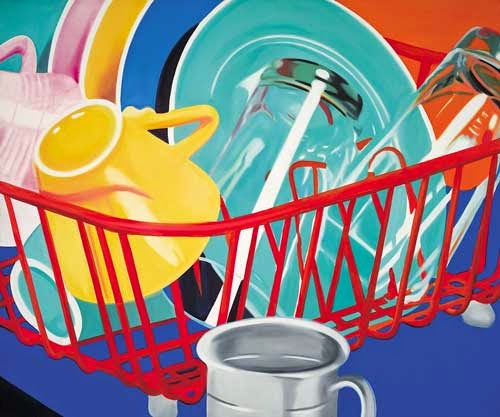 It may be too much to ask that every time you wash the dishes, as your hands plunge into the scalding water and you try scrape dried egg yolk off the third plate in a row, you think to yourself “life is great!”, the mundane is sometimes just mundane. Part of life is enjoying the finer things and looking forward to things that only happen on occasion but solely living for those things is inadequate, just as is solely living for meaning or a goal. Life itself should be the meaning, the so called mundane and ordinary. The ordinary can become extraordinary if appreciated fully.