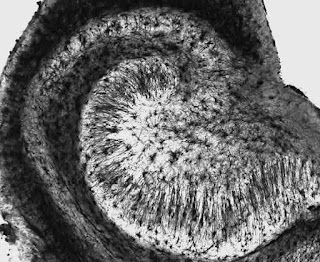 This is in response to, the blog post, "Embodied cognition is not what you think it is" by Andrew Wilson.

I choose to write  a response to "Embodied cognition is not what you think it is" by Andrew Wilson because it cleared up some grey areas for myself. A few times, the idea of embodied cognition has appeared throughout my years of studying and the term has been defined in different ways.
I was glad to see that he mentioned opposing or even wrong ideas of embodied cognition. The main one that stuck out for me, that I vaguely remembered is the idea that embodied cognition has to do with our body being effected by mental representations. It was best explained by using a paper that showed that when people thought about the future they would tend to lean forwards. For myself when I read this, I thought how could that actually be represented as embodied cognition? To me that seems more of a social framing.

It reminded me of this talk I attended that was offered through my Metaphor and Thought class, when it came to politics and how the metaphors throughout propaganda shape how we respond both mentally and physically. The speaker had brought up this study of how when having participants sitting at a desk that is either leaning to the left or right more due to a bad leg of the table, while watching political campaign commercials it would affect how they perceived. For instance, she showed the results for participants who had the table leaning more to the left, while watching the commercials, and were more likely to favor the left/liberal agenda more just due to the position of the table they were sitting at. But this was explained by social framing.
Maybe, I'm wrong, but I agree with the definition of embodied cognition being explained as our body being involved with our cognition, that it isn't just our brain doing it all. And that it is also how our body has the ability to perceive the environment in order to achieve actions. I like to think of it as whole body cognition. As a human we are one unit, brain and body together, cohesively working to help ourselves navigate through life. Some ideas that come to mind, is that how our body will respond faster than we can even think to do, it perceives and automatically ducks from getting hit, automatically shift the positions of our bodies while walking through crowds/tight places, catches something that is falling, quickly pulls away from spots of extreme temperatures and so on. These daily occurrences show how cognition could easily be extended to our body and just not limited to this idea that all of our cognition happens in the brain.