The Enaction in Slavery 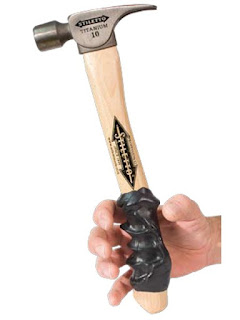 As I was reading the Froese and Di Paulo's outline of the enactive approach, I was particularly intrigued by their outline of the parameters necessary to designate an interaction as a "social interaction" between two agents, and how these parameters may or may not be met. One of the key conditions for such a designation lies in the autonomy of the two agents in the equation, and the recognition of each other as having that autonomy. Froese and Di Paulo highlight the problem which arises when the autonomy of one of the agents in question is destroyed, reducing the encounter to a mere cognitive engagement. In addition to the absolute destruction of autonomy, a similar result is yielded by an encounter wherein one of the agent simply fails to recognise the autonomy of the other. Here, they are simply recognising the other agent as an object or tool with which to use to their advantage, or maybe an obstacle or problem needed to be solved.

The example they use to highlight such an encounter is the daily life of a severely autistic person who undoubtedly interacts and operates within the social world of others, and yet fails to recognise them as such. For the severely autistic person, he is a cognitive agent and has interactions with other cognitive agents, and these interactions can lead to autonomous systems. However, due to the autistic person failing to recognise the social world, there is no sociality in the joint sense making between the him and other people.

This example led me to consider whether or not it could be possible to find a non-social interaction between two cognitive agents outside of the realm of neurodevelopmental disabilities. Due to the focus on autonomy in the definition, my immediate thoughts went towards an area wherein autonomy (in the commonly defined sense as the right of self-governance) is inherently missing; historical slavery. While autonomy in the current context refers to something else (a closed, self-sustaining system), it is interesting to analyse the other aspects of slavery which can be explored through the lens of the enactive approach.
It can be argued that for slavery to be morally justified in the eyes of a very cruel, violent slaver, then any encounter with a slave would not, as Froese and Di Paulo would say, be fully determined by the encounter itself. There is no objectivity in the interaction between a slaver and his slave. Instead, the enaction viewpoint would maintain that the slaver is actively creating his own meaningful world through his own sense-making. In this context, he is not objectively encountering another human being, with the same autonomy and locus of control that he himself possesses. Instead, the meaningful world that he creates for himself views the slave as a slave, and nothing more. He doesn't see a human being. He sees a tool with arms and legs that can be used for his own gain. It could be argues that this qualifies as a scenario where, as one of the agents fails to recognise the autonomy of the other, it is not possible to view this as a social interaction.

This also hints another feature of an autonomous system which is met in the example of slavery; robustness. Di Paulo states that an autopoietic system has a certain kind of tolerance, in that they can sustain a certain range of perturbations as well as a certain range of internal structural changes before they lose their autopoiesis. In this case, a slave may go against their master's wishes to a certain extent and be punished. In going against the wishes, he is endangering the autopoiesis of the system. If he only disobeys his master to a small degree, he is likely to be beaten and subsequently return to obedience. However, if he oversteps the mark to a degree which goes beyond the tolerance of the system, the master may deem him to be more trouble than he is worth, and punish him to an extent where the slave is no longer capable of carrying out his duties. In this, the autonomous system suffers a breakdown, and is no longer self-sustaining.

Indeed, while it may not be the most apt example of an interaction between two agents failing to meet the requirements of a social interaction, I feel that applying the concepts of enaction in this instance represents a possible method of gaining an insight into the dynamics of one of the most heinous crimes against human rights which has ever been committed.  It also allows us to observe an autonomous system established between two agents even though the interaction between them may not be classed as social interaction.

A look at some of the punishment with which could be exercised on slaves in late Eighteenth Century Virginia can be found in the following article, Gabriel's Challenge, which in this sense outlines the consequence of the slave overstepping the boundaries of slavery's autonomous system and pushing the robustness of the system to its breaking point.